The Truth About Lobster Fishing

Stephen, affectionately known as 'the Lobster Man' has been a great friend of the restaurant for many years.  He even celebrated his wedding with us this summer just gone.  A great day was had by all and maybe Stephen might even share some pictures with us for this blog!

Stephens daily life as a fisherman is one that requires immense skill, passion and patience, we recently commissioned a cameraman to head out on Stephens boat 'Celtic Spirit 2' pictured below, to take some shots and a short movie of what lobster fishing is all about!

Stephen purchased 'Celtic Spirit 2' in April of 2014 after long partnerships with many other fine boats.  In fact Stephen owned his very first fishing boat at the age of 20, 6 years after leaving school and spending 8 years on the trawlers.  His CV will also include reference to a 2 year apprenticeship in the highly skilled trade of making nets. 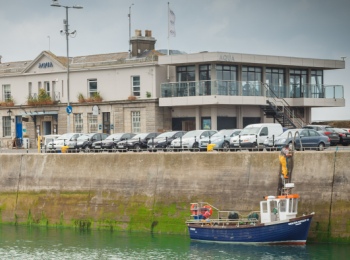 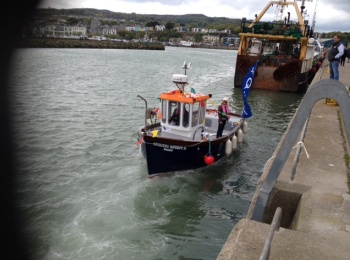 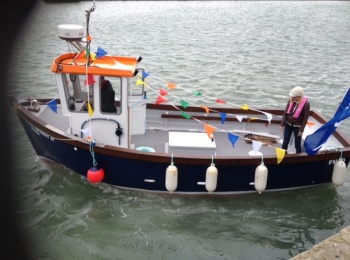 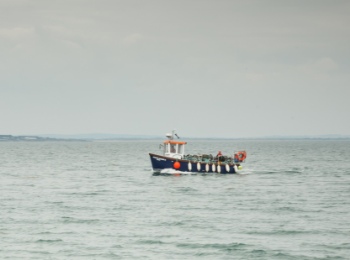 A good haul for Stephen on any given day is up to 35 lobsters per box.

Generally he will lay up to 200 lobster traps at approximately 35ft depth and within a 6 mile radius of Aqua.  There could be up to 7 - 10 pots on one line.  An average day of fishing will run between 4 and 5 hours per day from early dawn.  His day is very much dictated by the moon and how the tide changes.

Aqua sponsor a number of these traps/pots as Stephen is our sole supplier of fresh lobster to the restaurant daily.  March to October is the prime lobster fishing season.

There are rules to lobster fishing that include the following:

Some interesting facts about lobsters and the fishing industry around them: 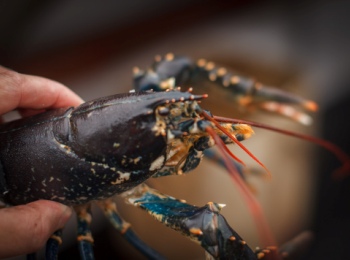 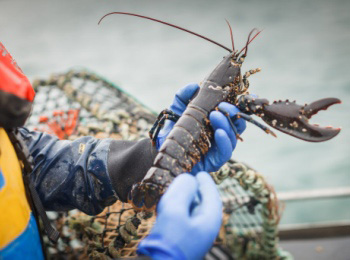 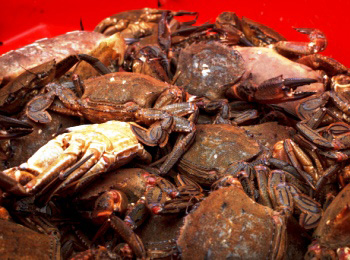 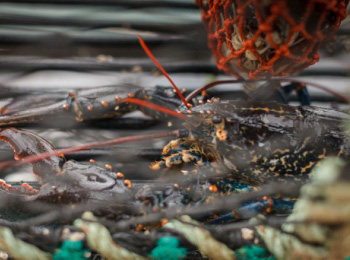 It's a tough life with many challenges including the sea bed and protruding rocks.  Stephen did share one instance with an earlier boat where he made contact with rocks near Ireland's Eye causing some damage to the underside of his boat, he had to abandon his day fishing and return to base to ensure permanent damage was not done to his boat.  You don't really want to be out at sea and discover a small dent exposing your livelihood to waterfill.

To trade as a fisherman in Howth and indeed Ireland, Stephen must renew his fishing licence annually with the equivalent of an NCT check up on his boat every 4 years.

Qualifications that must be attained include Radio, Sea Survival, Fire fighting & First Aid.

Stephen has many a good yarn to share on fishing, chatting to him leaves you wanting to know more.  His day will commence with the unsavoury task of preparing bait, often Stephens Dad picture below will join Stephen on the boat for a day of fishing.

We have this short video here of the guys out on the boat, if you wish to view it, Enjoy! 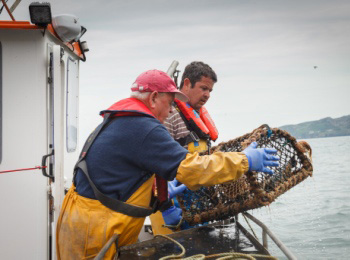 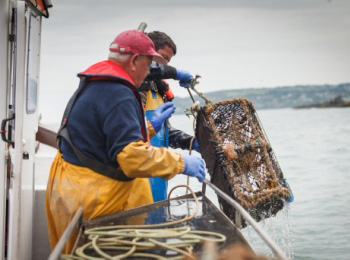 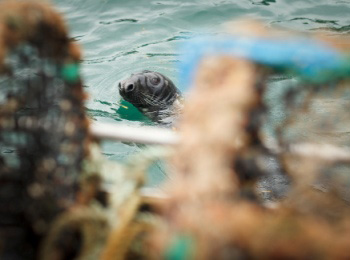 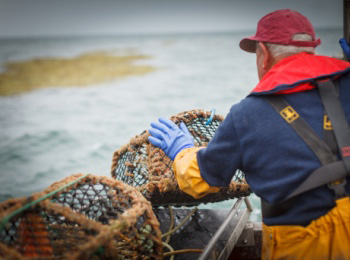 We try to blog regularly

There are news items, things to do in Howth, upcoming events and special offers

2 responses to “‘The Lobster Man’ aka Stephen”