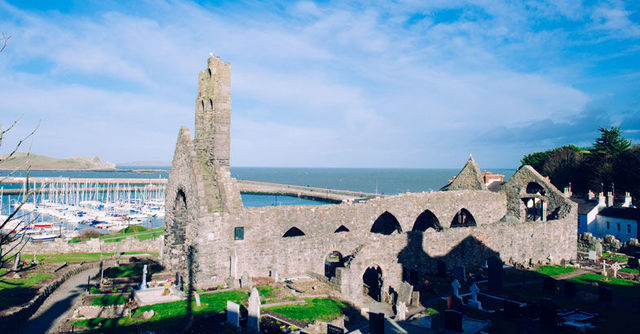 This year the programme will include drama, cultural history and visual arts events.  Inspiration is drawn from the megalithic Howth Cromlech, known locally as ‘Aideen’s Grave’, dating from 2,500 BCE, which is in the grounds of Howth Castle.  Samuel Ferguson’s poem The Cromlech on Howth  forms a literary, visual and historical constellation around the ancient grave, and features illuminations from the Book of Kells and of Durrow, and drawings from Howth native Margaret Stokes (1861).

Jonathan Swift was a regular visitor to Howth Castle – his portrait hangs in the dining room there. In a letter to Swift dated "Kilfane, July 6th, 1735”, Lord Howth writes:

"I am very much obliged to my good Dean of St. Patrick's for the honour he did me in sitting for his portrait; and have wrote to Dr. Grattan to give Mr. Bindon strict charge in the finishing of it; and when that is done to bring it to his house for fear I should get a copy instead of the original."

Brendan Twomey of Trinity College Dublin will moderate a series of three talks on Friday 10th exploring the world of Swift the man, and the writer of The Drapier Letters. Professor Twomey will be joined by the celebrated biographer Leo Damrosch, from Harvard University, historian Prof. James Kelly of St. Patrick’s College (DCU), historian Moyra Haslett of Queen’s University Belfast, and the Irish economist David McWilliams.

The acclaimed painter Patrick Collins HRHA ((1910-1994) drew his inspiration mainly from the Irish landscape.  During the 1950s he lived and worked in the Kenelm Tower of Howth Castle.  Art historian Frances Ruane and painter Una Sealy (ARHA) will explore Collins’s work and his artistic legacy. 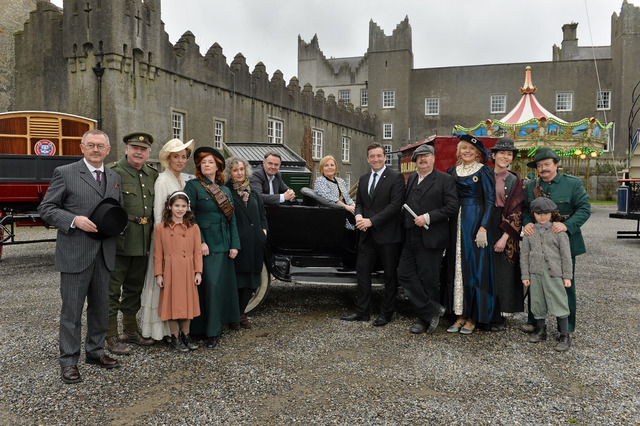 Our literary ‘In Conversation With’ series continues with  Claire Kilroy, Catherine Dunne, Michele Forbes, John Boyne, Hilary Fannin and Joe Duffy.  We welcome Adam Wyeth in conversation with Nuala Ni Chonchuir, to explore the influence and inspiration of Celtic mythology and of historical fiction in poetry.

Marja Almquist, of The Yarn School,  and historian Mary McAuliffe of UCD, will present The 77 Women Commemoration Quilt Project, in which each quilt panel tells the story one woman from 1916 and one from today.

The Children’s Literature Strand will take place outside the main gate of Howth Castle, in St. Mary’s Church parish centre, on Sunday 12th June.  Thanks to Supervalu Sutton, who are sponsoring the children’s programme, these events are free but are ticketed, and may be booked through our website. This year we welcome the return of the Book Doctors from Children’s Books Ireland and also the talented crew from Fighting Words who will hold a writing workshop.  Acclaimed author John Boyne,  of the bestseller  The Boy in the Striped Pyjamas, and The Boy at the top of the Mountain, will read from his latest novel  and will answer questions from aspiring young writers.  Alan Nolan, co-creator of Sancho Comic and author of the Big Break Detective’s Casebook and Fintan’s Fifteen, will hold a comic-book workshop, in which children will be given an opportunity to use their imagination and creativity to make their own mini comic-book.

Our exploration of dramatic arts begins in the grounds of Howth Castle with a performance of Angels in the Park by Shiva Productions.    We shall also turn our attention

to W.B. Yeats, who spent a formative period of his childhood in a small house above the cliffs on Balscadden Road in Howth: the Curlew Theatre Company will perform The Muse & Mr. Yeats, a “play for voices” performed by Tegolin Knowland and Sean Coyne, and written and produced by Eamon Grennan.  It presents, one by one, the women with whom W.B. Yeats was romantically involved, each one chosen in her turn as his “Muse”.  Saturday evening will close with a reading by Owen Roe of George Bernard Shaw’s Roger Casement speech, in conversation with Karin McCully.

The festival will conclude in the arena of Greek mythology and the dramatic arts.  The ‘In Conversation With’ series presents Marina Carr (dramatist), Olwen Foueré (actor) and Fiona MacIntosh (scholar), in an exchange moderated by Fiach Mac Conghail, Director of the Abbey Theatre.

Fancy lunch or dinner at Aqua during the literary festival