A GROWING sport combining golf and football has a new home at Howth Castle, Dublin.

Howth Castle is actually a private home located just 5mins drive from Aqua Restaurant.  We very much admire the family's  innovation with this foot golf facility and so this blog is written to share some news of our neighbours at Howth Castle.

A response to the economic downturn and an alternative to the fuss and outlay of golf as well as tapping into soccer’s popularity, FootGolf courses have a governing body based in the UK, to which Deerpark is affiliated.

Foot golf, in which participants kick a football around a specially adapted golf course, is rapidly increasing in popularity.  Now, an internationally recognised facility has opened at Deer Park Golf Course in Howth.  With the World Cup only weeks away and the summer golf season in full swing, the timing could not have been better.

It’s structured too, at least well enough to have held a World Championship in 2012 at the Magyar Golf Club in Hungary, where eight countries including the USA competed. 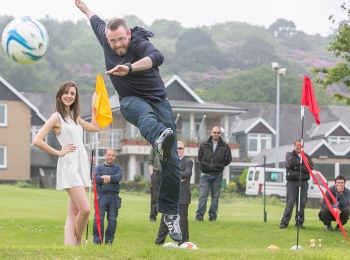 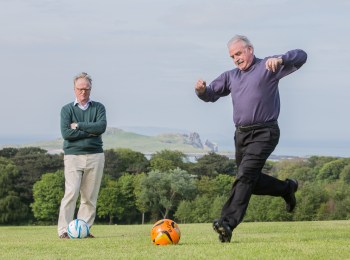 Three generations of Howth Castle’s Gaisford-St Lawrence family, Christopher (83), Julian (56) and Tomas (19), were on hand to take the first kick.  The rules are similar to golf, with each hole carrying a par.  The aim is to kick a football into the holes in as few shots as possible.

Julian St Lawrence says, “We were determined to create a course that enhances Deer Park’s reputation as a high quality facility offering a first class experience at affordable prices. We still have 27 full holes of golf as well as a short course and pitch and putt to choose from. This has allowed us to locate FootGolf holes in the centre of properly prepared golf greens. As we wanted to offer an 18-hole facility, we needed to build more greens. Work on these commenced in the late summer last year. These greens and the additional landscaping work necessary to make the course more interesting and challenging are now fully knitted-in and ready for a busy summer,” he said.

The St Lawrence family has lived at Howth Castle since 1177 and the three generations are delighted to be offering FootGolf to the sporting public some 834 years after their arrival to the estate.  FootGolf will be available to the public from today May 20th at Deer Park, Howth Castle, seven-days a week between 8am 8pm 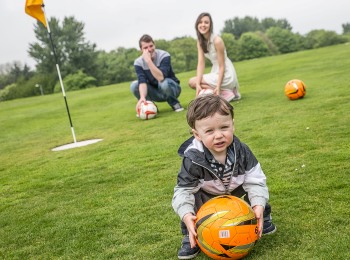 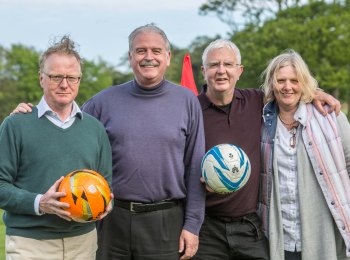 The course is affiliated with the Federation for International FootGolf which promotes the sport worldwide.   The federation has assisted with the design and layout.   It is expected it will attract players from abroad.  A round takes about an hour and a half to two hours.

A round of FootGolf takes approximately one and a half to two hours and it costs just €10.00 weekdays and €13.00 at weekend with special group rates and family rates also available. 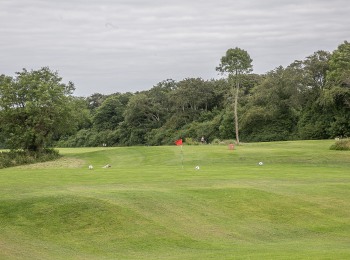 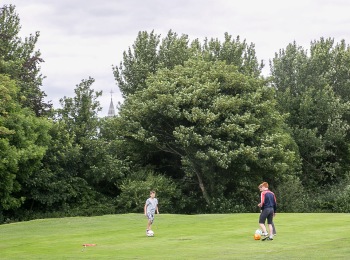