UPDATE: Unfortunately Bluefin tuna is now out of season, but we look forward to bringing it back to our menus again next year!

We are hugely excited to announce the arrival of Bluefin Tuna at Aqua.

Once used for cat food, the endangered fish is now one of the most prized delicacies in the world.  Not every restaurant can handle delivery of this fish due to its phenomenal size, we are delighted at Aqua to be able to accept delivery and share this taste sensation with our customers.

There are literally 4 - 6 weeks where fishermen have a window to bring the catch of tuna to the public.  The Bluefin travels around the South-Western coast of Ireland hitting Cork, Kerry & Clare from the North Atlantic. they can achieve speeds of up to 150miles per hour in their journey.

Our suppliers of this wonderful fish Shellfish de la Mer have exceeded themselves with this delivery, the delectable taste has been added to our lunch and Early Bird Menu as pictured below, so hope you will visit to sample. 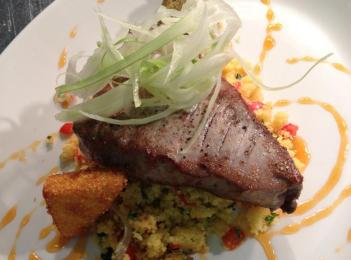 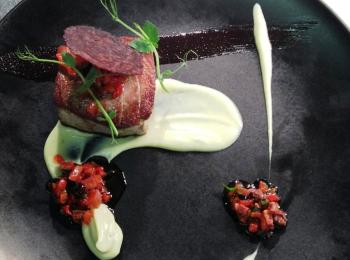 Besides their commercial value as food, the great size, speed, and power that the Bluefin tuna displays as apex predators has attracted the admiration of fishermen, writers, and scientists.

Atlantic bluefin tuna reach maturity relatively quickly. In a survey that included specimens up to 2.55 m (8.4 ft) in length and 247 kg (545 lb) in weight, none was believed to be older than 15 years.  However, very large specimens may be up to 50 years old 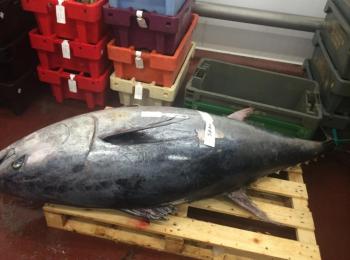 In 2013, Kiyoshi Kimura, the owner of a Japanese sushi restaurant chain, paid $1.76 million for the first bluefin at Tsukiji, which weighed 489 pounds.

Kimura had paid $736,000—a world-record price at the time—for the first tuna of 2012. That fish weighed 593 pounds.  Read more about that here... http://www.theatlantic.com/international/archive/2014/01/sushinomics-how-bluefin-tuna-became-a-million-dollar-fish/282826/

We hope you will join us at Aqua to sample the exciting new Bluefin tuna dishes planned!